When the first Sky Conservative leadership debate was cancelled, I was among those who criticised the two front runners for pulling the plug. It looked like a trademark Tory dodge of transparency and critique, something they have also managed this year by limiting our rights to protest and by appropriating the no-longer independent elections watchdog. 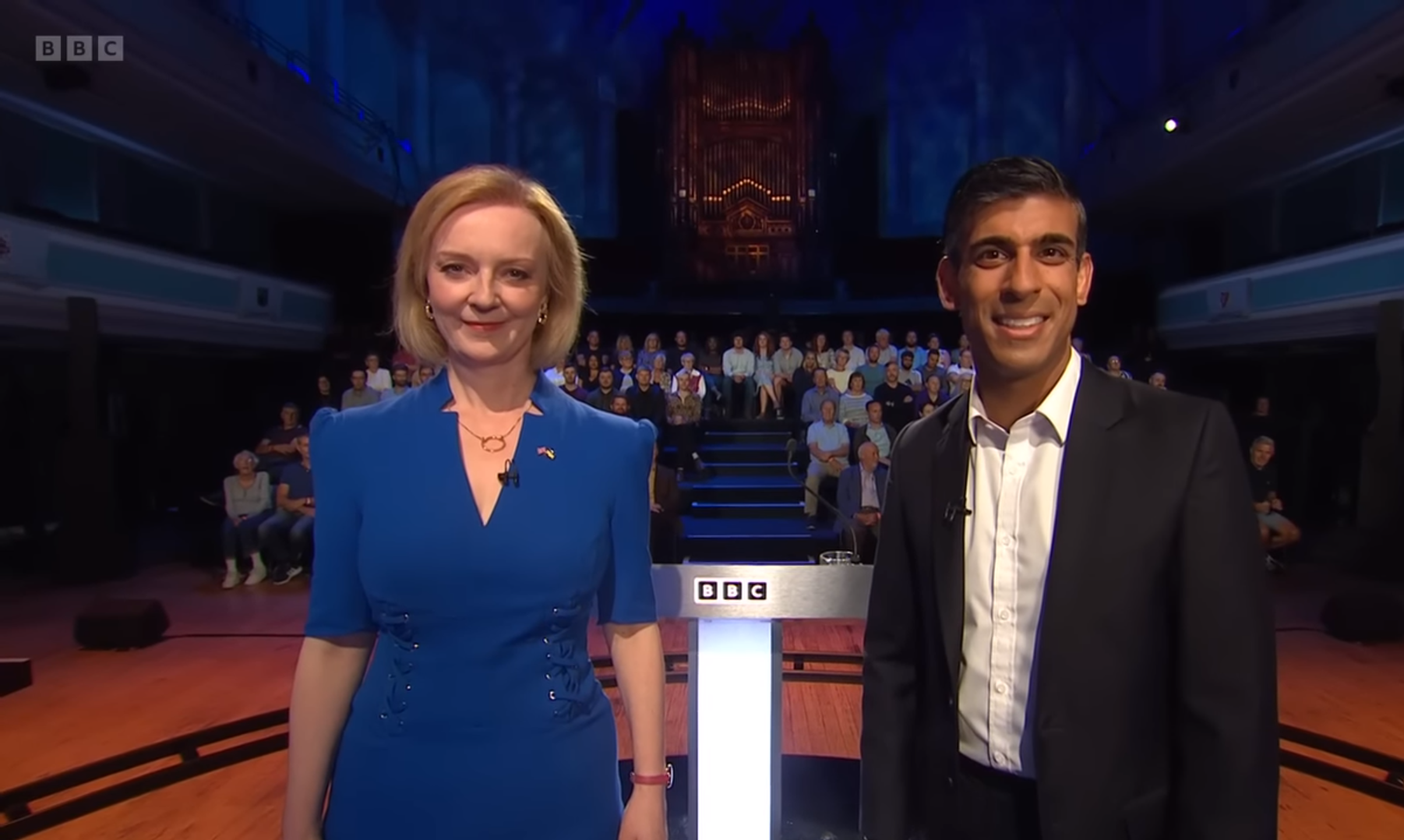 Many have labelled the entire process as undemocratic and while we should remain cognisant of how our parliamentary system operates, there is something a bit ropey about an unrepresentative super-minority coronating the Prime Minister three times in the last six years before the public get a say, particularly when that Prime Minister can then win an 80 seat majority with around 40% of the vote. But after hearing the contenders joust on Channel 4, ITV, BBC, Talk TV and then LBC, I now wonder if there is something else we should be worried about.

Since the race to replace Johnson began we have had around six hours of pretty much unfiltered Tory primetime broadcast. It’s been estimated that the ITV debate alone was watched by more than 3 million people and that’s before the highlights on the news and radio bulletins. There is still one debate and ten public hustings to go.

It was after the applause for a question resurrecting the narrative of the ‘benefit sponger’, that I considered the danger of this extended Tory leadership race resulting in a blue-shift among the electorate. In the face of a worrying narrowing of the polls for Labour, the contest has undoubtedly amplified the extreme economic, social and moral views of the Conservative hard-right which both Truss and Sunak have adopted in their desperation to become Prime Minister. The lack of difference between the two remaining candidates was best illustrated when they fell over each other during one quickfire round to agree that the queues at Dover had nothing to do with Brexit, that collective bargaining is wrong, and that the Rwanda plan was marvellous, not utterly abhorrent.

It’s a phoney war. There is no balance, there is no opposition. Despite some pointed questions from a couple of the moderators and the BBC’s inclusion of Chris Mason and Faisal Islam’s dictionary corner, the format is completely ill-suited to countering the tsunami of counterfactuals, half truths and straight up lies on offer. Even with both candidates bemoaning the state of the health service and the economy, you can count on one hand the number of times it was flagged that these two presided over it all and that before July, both were describing the national situation in exclusively glowing terms.

That being said, Covid, Ukraine, inflation and climate change (if they bothered to mention it) would pose a challenge to even a skilled politician. Hell, right now we’d settle for moderately competent. But were it not for the incumbent, Sunak and Truss would be the worst two candidates for Prime Minister in modern British history and these debates have exposed how toothless some sections of the British media are in examining their record.

To use one metric, at Best for Britain we’re keeping a running total of the amount of public money wasted by this government since 2019. It currently stands at £64bn and citing just two entries, in June it was revealed that Sunak blew an eye-watering £11bn on what was essentially an admin error. Truss’s £500,000 spent flying around on a private jet may seem small-fry by comparison, but farmers will be counting the cost of her lopsided trade deals with Australia and New Zealand for decades to come, deals so good that the government is refusing Parliament the chance to scrutinise them.

In the debates there has been no mention of these personal failings, and scant reference to the collective failings of this twelve year government. The opposition therefore can't expect the media to do them any favours at the next election and with our outdated electoral system, they’re already facing an uphill battle.

Even when Johnson plumbed new depths of unpopularity, Best for Britain's constituency level polling showed Labour falling short of a majority in the most likely scenario. Our next round of seat-level polling analysis, scheduled for after the new Prime Minister is anointed, is unlikely to make for happier reading for Starmer if Johnson’s replacement enjoys the traditional bounce in popularity and if the Labour Leader’s own poorly timed civil war remains unresolved.

Most of the commentariat is now predicting that Truss is nailed on to be the next resident of Number 10 and from the outset, this was a result that Labour probably would have bitten your hand off for. They certainly weren’t complaining about the prospect of Tory leadership hopefuls, repeatedly trashing their record in government to a live audience. But as the contest goes on, as Truss improves her performance and as the public are exposed to this sham battle of ideas, Starmer should be concerned that the electoral goalposts may once again be shifting inexorably to the right.